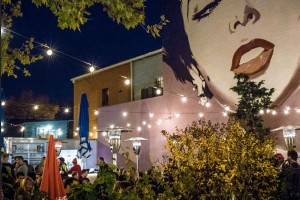 Dacha in Shaw is getting a face-lift, while it complies with a D.C. government order that has forced it to shut down temporarily.

The beer garden at 1600 7th St. NW is in the midst of a week-long closure that it said on Twitter it began Sunday to “renovate & further improve the garden.” The renovation work is scheduled to run through this upcoming Sunday, a post on Dacha’s Facebook page added.

In November, the D.C. Alcoholic Beverage Control Board suspended Dacha’s liquor license for a period starting today and ending this upcoming Sunday. The order came out of a deal the beer garden’s owners negotiated with District officials to resolve claims that they let too many customers inside their bar. The agreement also directed the owners to pay a $42,500 fine.

Despite the beer garden’s closure, the neighboring Dacha Market will remain open this week.