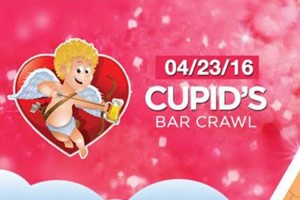 The board last week ruled that Project D.C. could move forward with two bar-hopping events —  Cupid’s Bar Crawl and Crawl De Mayo — provided it abides by new regulations regarding pub crawls that the board proposed earlier this year.

“Our next two events were approved by ABRA,” Bramsom told us in an email earlier today. “We feel that the new regulations will be beneficial to the surrounding neighborhoods, particularly the requirement that all event companies now must have a detailed litter plan.”

Cupid’s Bar Crawl is slated to bring thousands of attendees to bars across the Dupont Circle neighborhood.

more stories
Previous
How to Tidy Up Columbia Heights, Get Free Food and a Coupe Drink
Next
Borderstan Brief