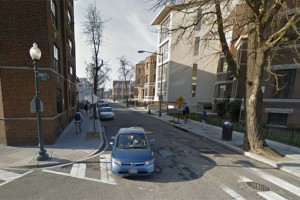 Someone beat a woman with an ashtray and dragged her from a Columbia Heights apartment by her hair last night, police said.

The woman and her attacker were in an apartment in the area when they began to fight, according to authorities.

During the scuffle, the woman’s assailant picked up an ashtray and hit her in the head with it numerous times. The attacker then pulled her out of the apartment by her hair.

The woman was brought to a local hospital with cuts to her face and one of her hands.

Police have arrested somebody in connection with the attack, according to authorities. That individual also was hospitalized with an injured jaw. But the person’s identity wasn’t immediately clear.

Someone beat and tried to stab a man in Columbia Heights last night, too, police said.

The attack occurred on the 1400 block of Fairmont Street NW about 7:15 p.m. Wednesday.

The victim was arguing with two people outside in the area when one of the individuals grabbed the man by the neck and the other person punched and kicked him, according to authorities. The individual who beat the man then whipped out a knife and tried to stab him before a witness intervened.

Police have arrested one person in connection with the attack, according to authorities. But the person’s identity wasn’t immediately clear.

Authorities haven’t released a description of the other suspect.