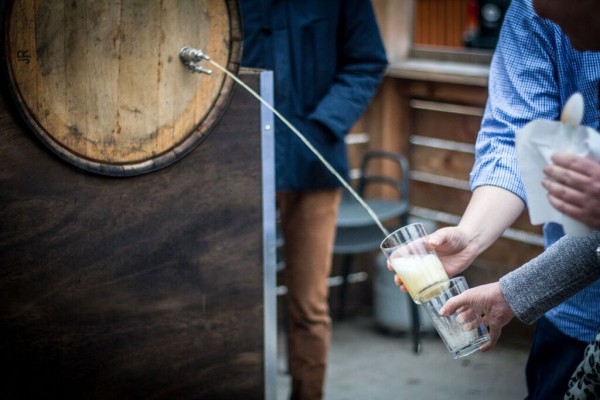 Celebrity and equal pay activist Particia Arquette will meet with congresswomen and D.C. government staffers to speak out about equal pay for women. The event is a collaboration between Mayor Bowser’s Office on Women’s Policy and Initiatives, AAUW and the D.C. chapter of AAUW’s Younger Women’s Task Force.

Ward 2 D.C. Councilmember Jack Evans will participate in an open forum with locals and business owners during this informational meeting.

“The Newly Dead Game” is a faux taping of a popular (and nonexistent) gameshow, Clash of the Couples. But when the show goes awry — and expectedly, someone ends up dead — it’s up to the audience to guess who the murderer is.

D.C. Mayor Muriel Bowser and other local figures will gather for a parade in celebration of Emancipation Day, a local holiday that celebrates Abraham Lincoln’s Compensated Emancipation Act that freed 3,185 enslaved people in Washington D.C.

Local record shops will celebrate Record Store Day with giveaways and live appearances. Crooked Beat Records in Adams Morgan will release a special LP compilation of D.C. artists and Red Onion Records will host a live appearance by The Feelies before their performance at 9:30 Club.

Guests will once again be able to sample a variety of Basque ciders poured straight from a cider barrel during this event hosted by ANXO Cidery and Pintxos Bar.

This event will feature a flash sale on tomato cages and select plants, ocally sourced smoothie samples by Relay Foods, a pottery raffle and a pop-up shop with Beverly Jones, Paper Traveler.