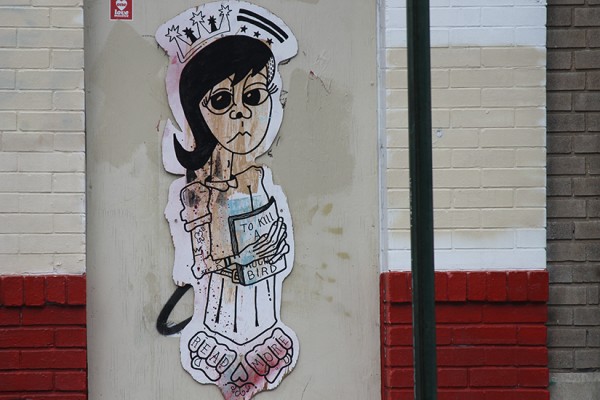 ‘Hamburglar’ Hits Columbia Heights Five Guys — A hungry burglar allegedly “followed a delivery man” into a Five Guys in Columbia Heights, grilled some burgers and then left without stealing anything else. According to police, the man “rummaged through the establishment, cooked food, and stole bottled water before leaving the restaurant.” It’s unclear whether Grimace or the Fry Kids were involved in the crime. [Washington City Paper; Washington Post; MPD]

Georgia Ave. Bus Lanes Open Today — Buses on the 70 route now have four blocks of relatively unencumbered travel near Howard University. Unauthorized parking or traveling in the bus lanes, aside from making turns, can bring a $200 ticket. [Borderstan]

Man Sentenced to 16 Years for Sexual Assault in Columbia Heights — A man was sentenced Friday to a 16-year prison term for sexually assaulting a woman on the 1200 block of Columbia Road NW in 2002. [U.S. Attorney’s Office]

Inside Mason and Rook — Take a look inside the new Logan Circle hotel, which are reportedly so nice that “you’ll want to live in them.” Side note: the hotel’s new cocktail bar, Radiator, opens April 19. [Washingtonian]