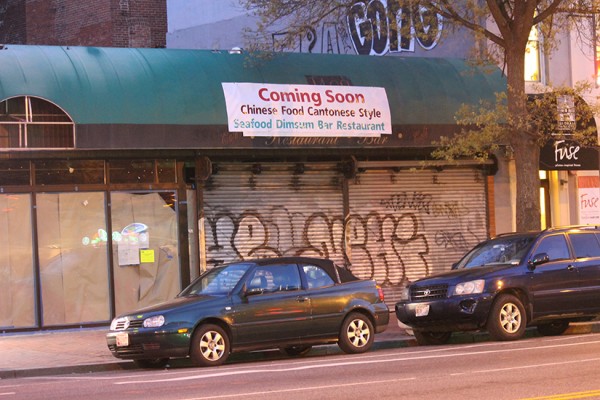 A Chinese restaurant on 14th Street NW has changed its focus and it’s not even open yet.

The forthcoming business previously known as the “Chinese Sushi Bar and Wine Bar” and located in the former Playbill Cafe space at 1409 14th Street NW has a new theme, at least according to its newly installed banner.

Little else is known about the mysterious eatery, but building permits issued last year reveal its owners hope to seat 85 people with room for 105 in total. The business appears to have been in the works, off and on, since late 2014.

A glimpse inside the space last week revealed a restaurant interior that was taking shape but far from complete. Construction crews can be seen working on the space often.

We’ll update this story if we learn more about what’s in store.