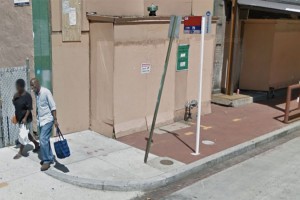 A bus stop on 9th Street NW in Shaw is set to close “until further notice,” starting this week, according to the Washington Metropolitan Area Transit Authority.

Buses traveling the 79 and G8 routes are scheduled to begin skipping the stop near 9th at L streets NW Friday. Construction work in the area has forced WMATA to take the stop out of service.

The next closest stop is on 9th Street NW near N Street NW.