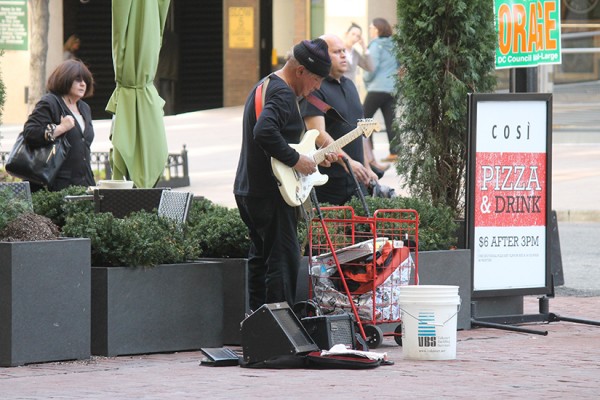 HPRB Says No to Solar Panels — A well-received plan to build a “net zero” rooftop with solar panels at the American Geophysical Union building in Dupont Circle has been rejected by D.C.’s Historic Preservation Review Board (HPRB). Why? According to one preservationist, the project sacrifices too much “neighborhood character.” But the building, located at 2000 Florida Ave. NW, has more in common with downtown D.C. than Dupont Circle, Greater Greater Washington’s David Alpert argues. [Greater Greater Washington]

‘Hamburglar’ Offered Free Burgers for a Year — The man who allegedly sneaked into a Columbia Heights Five Guys, cooked himself burgers and left with a water bottle has been offered a year’s worth of free hamburgers by a Connecticut-based burger chain . . . provided he turns himself in to police first. [Washington City Paper]