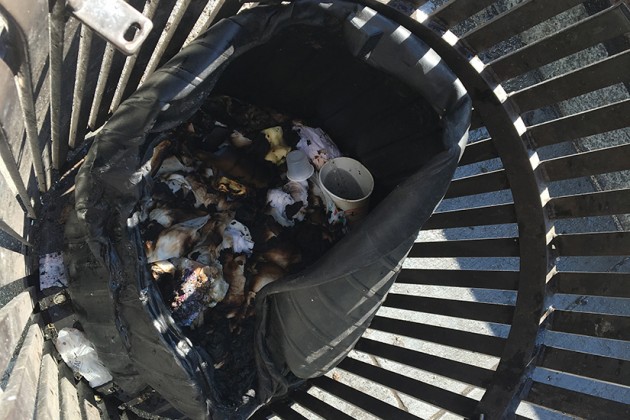 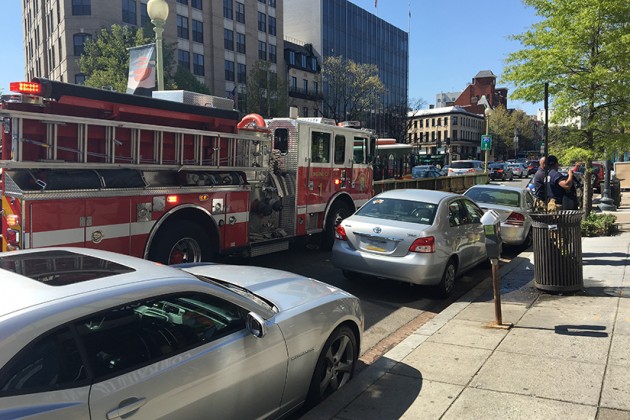 “Garbage fire” is no longer just a figure of speech.

A Buzzfeed reporter spotted a real-life version of the turn of phrase outside of Capital Teas (1627 Connecticut Ave. NW) around 3:15 p.m. today.

Though a D.C. Fire and EMS crew rushed to the scene to put out the fire, a Capital Teas employee had extinguished the tiny blaze by the time a truck arrived, according to two firefighters on the scene.

A look inside the trash bin revealed, well, a soggy mess of charred trash. It was immediately unclear how the garbage fire began.