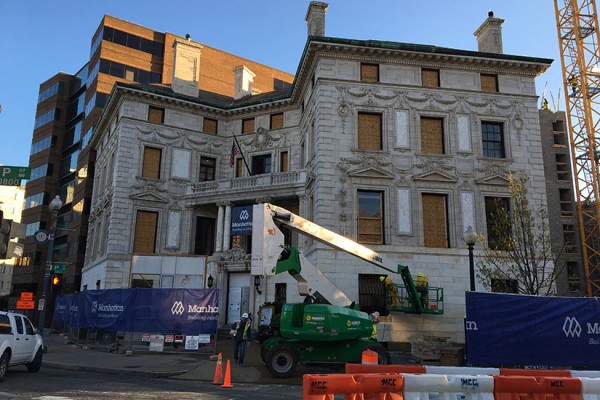 Police ID Man Hit and Killed by Driver Near Thomas Circle — The man hit and killed by a driver last Friday has been identified as a 30-year-old from Maryland. Police said Roshonda Michelle Josephs, 24, drove into and killed Gregory Allen Hale while under the influence of alcohol. [Washington Post]

Longtime ANC 2B Commissioner Dies — Mike Feldstein, a member of Dupont Circle’s advisory neighborhood commission and an advocate of free local events, passed away yesterday. We here at Borderstan enjoyed getting to know Mike. He will be missed. [Borderstan]

Punks vs. PoPville Reader — What do you do when you can hear a local punk rock festival through your Columbia Heights condo’s walls? You write an angry letter to PoPville, of course. Of course! [Washington City Paper]

ATV and Dirt Bike Riders Speak Out Against MPD Crackdown — The ATV and dirt bike riders that the D.C. Police Department has vowed to “pursue relentlessly” say police have gone too far in their efforts. [WJLA]