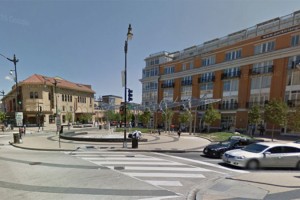 The attempted robbery happened on the 3200 block of 14th Street NW about 5:15 p.m. Wednesday. The block is just north of the DC USA retail development.

The victim was in the area when an unspecified number of boys came up to him, according to authorities. One of them then ordered the victim to give up his bike, but he declined.

A member of the juvenile crew soon after pulled out a BB gun and fired it, while another one flashed a butcher knife. Boys with the group also threw rocks at the victim.

After the attack, the victim was hospitalized with a cut to his head.

Police made at least two arrests in connection with the crime.