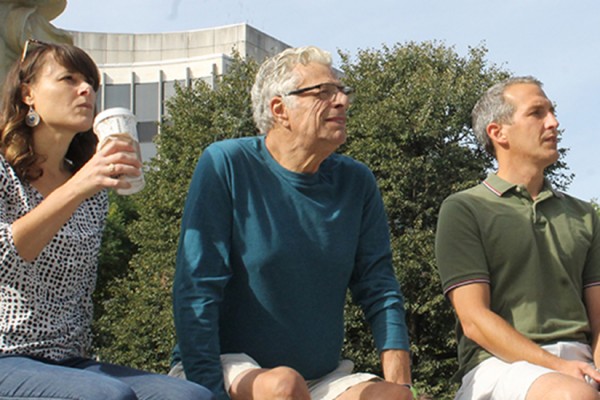 A member of Dupont Circle’s advisory neighborhood commission and an advocate of free local events passed away yesterday.

Mike Feldstein, commissioner with Dupont’s ANC 2B, passed away Wednesday, according to several of his fellow commissioners. Feldstein died in his home after suffering from health problems for several months, those close to him said.

Feldstein previously volunteered for the Peace Corps and worked for the U.S. Agency for International Development and as a policy planning staff member for the U.S. Department of State, according to ANC 2B’s website. He was a former board member of the International Gay and Lesbian Human Rights Commission, and served as founder and president of Dupont Festival, a group that organizes events in and around Dupont Circle.

ANC 2B chair Nicole Mann said of Feldstein that “nobody has a bigger heart than him, and nobody cared about the people in the neighborhood more than he did.”

“He was an incredible friend and I learned so much from him,” Mann added.

“Mike was Dupont Circle,” said 2B commissioner Mike Silverstein. “Years ago, he told his fellow commissioners, we should do more with the Circle. Seventy-five years ago, there used to be band concerts about there. . . . We should bring it back to life. Of course, we all agreed, but no one had any idea how to bring the Circle back to life. Except Mike.”

Silverstein fondly remembers the time when, on a hot June day in 2010, Feldstein helped organize the very first Soccer in the Circle, an event that drew thousands of soccers fans to Dupont Circle park.

“A finer day there never was,” Silverstein remembers. “We loved Mike dearly. . . . He leaves behind a legacy of making our neighborhood a better place. He had a vision and made it reality. He really did bring Dupont Circle back to life.”

“We are crushed,” said Dupont Festival principal organizer Aaron DeNu, who worked with Feldstein for several years. “Mike was incredible at bringing people together, and I will always carry his spirit with me.”

Mourning the loss of our very own Mike Feldstein. "A great soul never dies. It brings us together again & again." pic.twitter.com/0DDAviNSj2

Very sad to hear that Mike Feldstein passed away. He loved the Dupont community so much and contributed so much to its betterment.

Sad to hear that Dupont neighborhood commissioner Mike Feldstein has passed away. Covered him for the Current. Seemed like a very sweet man.

Mike Feldstein (@Limejelloo ) was def a beloved Dupont legend. No one could have been more supportive when I started as a Commissioner.

Mike Feldstein was a delight- I will miss his humour and kindness. https://t.co/HszdQEQJG0