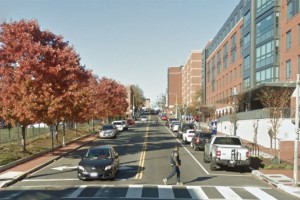 A man was working in an unidentified food truck when another man came up to the vehicle, according to authorities. The man outside the truck then pulled out a handgun, pointing it at the worker’s face.

“Don’t move,” the armed man said, according to authorities. “Give up the money.”

Two other men with handguns came inside the truck soon after, flashing their weapons at the worker and another person inside the vehicle.

The armed men eventually took $400 in cash, two iPhones and other valuables from the truck before fleeing.

Two thieves also beat and robbed a man in Columbia Heights over the weekend, according to authorities.

The violent robbery occurred on the 1200 block of Irving Street NW about 1 a.m. Saturday. The block, which includes Tubman Elementary School, is about a block east of the Columbia Heights Metro station.

The victim was walking in the area when two people pushed him to the ground, police said. The individuals then punched his face multiple times.

“Give me what you got,” one of the attackers said, according to authorities. “Don’t say anything. We’re gonna f—k you up.”

The assailants went through the victim’s pockets soon after, grabbing some credit cards before they fled.