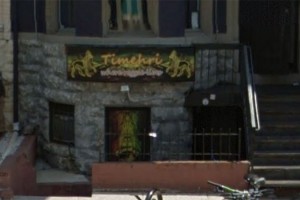 (Updated at 12:15 p.m. June 20) A 22-year-old woman wasn’t sexually assaulted at a Caribbean nightclub in Adams Morgan on a Sunday in April as she claimed, the club’s owner told Borderstan.

Someone followed the victim into a bathroom before engaging in a sexual act with her against her will, according to a police report filed shortly after the alleged incident and reported on in an earlier version of this story.

But Timehri owner Jonathan Wells said in a June 20 email that the woman was “lying” and the assault never occurred.

The female in question had accused one of our security of sexually assaulting her. A very serious accusation indeed. I found it very strange that a group of females would leave the establishment and not mention this to me or any of my staff. Fortunately, the detective showed at the end of business on April 17 and we reviewed the cameras. As it turned out, the female was lying and the accusation was completely false. My camera’s verified the security followed protocol and knocked on the bathroom door several times over a ten minute period. When the security finally opened the door he observed the female throwing up in the bathroom. Two of her friends were also in the bathroom with the female. Security told the female she had to leave since she was visibly intoxicated. During the entire process, security never entered the bathroom as verified by the cameras in the presence of the detective. Also, given the placement of the cameras we were able to follow the entire interaction from the rear of the building where the initial interaction occurred to the front exit. The security never made any contact with the female. Her two friends walked her out and security followed to make sure they left the premises. Once the detective reviewed the video he considered the case closed. In addition, the detective stated that her friends were unaware of any interaction with said member of security.

The detective handling the case wasn’t immediately available to comment.