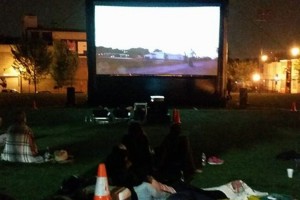 “Inside Out” is slated to be this year’s first film to play on an outdoor screen at the Marie Reed Elementary School soccer field at 18th and California streets NW, organizers announced last night.

The annual film series takes place on five consecutive Tuesday nights. Films start roughly 30 minutes after sunset, and attendees are encouraged to bring their own blankets and chairs.