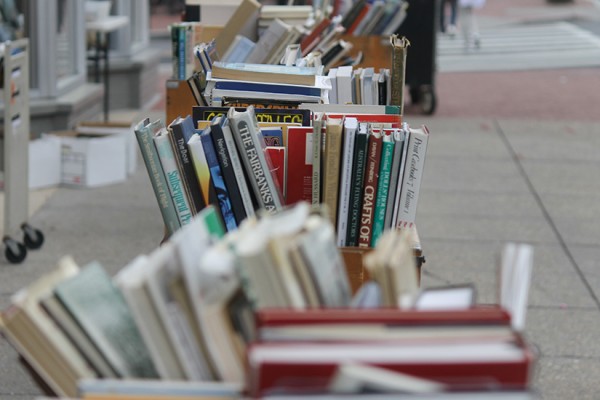 Prince Dance Party Takes Over Reeves Center — Dozens of D.C. residents — including some MPD officers in uniform — gathered at the corner of 14th and U streets NW to dance and pay tribute to legendary musician Prince. The impromptu party lasted for hours. [Borderstan]

Pot Laws Lucrative For Adams Morgan Grow Business — The proprietors behind Grow Club D.C., a business centered around marijuana grow setups, is raking in the cash. Why? Growing weed is legal, but selling it isn’t, and that’s where Grow Club comes in. [Washingtonian]

Sandwiches Worth Trying — Bolognese Parmesan at Bub and Pop’s, the El Trasero at Duke’s Grocery and Sundevich’s Kingdom are among the local sandwiches you must try. [Washington City Paper]

Driver Critically Injures Cyclist Near Cardozo — Someone behind the wheel of a car collided with and critically injured a man on a bicycle near the Cardozo Education Campus early this morning, according to D.C. Police. At least one local news publication has reported that the crash was fatal. [Borderstan]

More on Colada Shop — Remember Colada Shop, the Cuban coffee and cocktail spot we reported was planned near 14th Street? The business, which will start off by focusing on Cuban-style espresso and snacks, will eventually become a 1920s Cuban cocktail bar. [Eater D.C.]