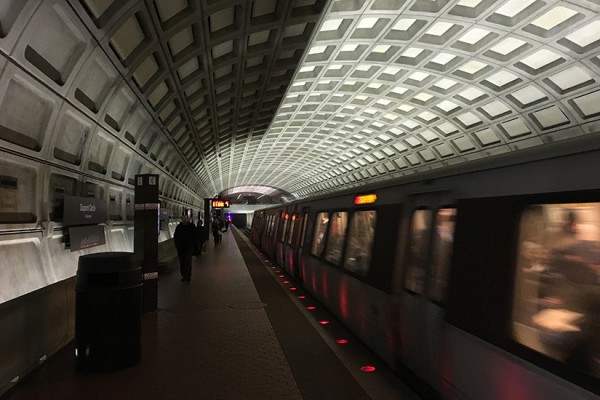 FreshFarm to Add Booze to Dupont Market — FreshFarm says it has won approval to add gin, beer and wine to its Sunday markets in the PNC Bank lot on 20th St. NW. The booze will be sold as it would be at a liquor store: in sealed bottles and cans, intended for off-premises consumption. [Washington Post]

Pro-Turkish Rally Marches Through Dupont — Thousands of people marched from the White House to the Turkish Embassy this weekend as part of the Turkish American Peace and Solidarity Walk. The rally’s aim was to “stop Islamophobia, terrorism and extremism, [and] Syria’s brutal regime.” [Twitter / Dick Uliano]

Man Sent to Prison for Beating, Slashing Men on U Street — Frank G. Smith, 34, was sentenced Friday to six years in prison for his role in an attack of two men that took place near the entrance to the U Street Metro station in 2013, U.S. Attorney Channing D. Phillips announced. According to the attorney’s office, “Smith and others attacked a man who had been involved in a traffic dispute with one of Smith’s friends.” When a bystander tried to stop the attack, Smith slashed him with a bladed weapon, the Phillips said. [Office of U.S. Attorney Channing D. Phillips]

Shaw Barbershop Gets New Look — Volunteers helped spruce up Gregg’s Barber Shop, which has been at 1909 7th Street NW since 1913. The renovation was done in connection with Keep Shaw Beautiful Day. [NBC Washington]

Mitchell Park Playground Sits Atop Dog’s Grave, But Why? — As it turns out, Mitchell Park in Kalorama exists because of an eccentric millionaire’s last wishes. [Washington Post]

Bonfire to Hold Grand Opening Party May 4 — The newest cocktail bar and eatery on 19th Street will hold a party with live entertainment to celebrate its opening on May 4. [Brightest Young Things]