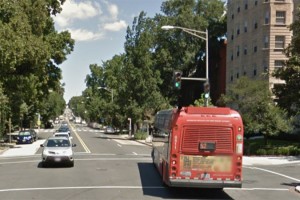 Police have apprehended a 29-year-old man suspected of flashing a knife and robbing two men a few blocks south of U Street NW last night, according to authorities.

Christopher Bernard Wise was arrested in connection with the armed robbery, which happened at at 16th and S streets NW about 11:45 p.m. Tuesday. Cops found him in an alley on the 1300 block of S Street NW shortly after the robbery.

The victims were at a bus stop near 16th and S streets when a man approached and showed a knife, police said. The man then ordered the victims to hand over their money, which they did.

Police later recovered the victims’ money and the weapon used in the crime, according to authorities.