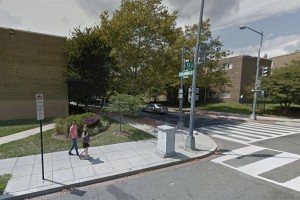 An assailant with a stun gun shocked a woman while she was with a 10-year-old boy in Columbia Heights yesterday afternoon, police said.

The attack happened on the 1300 block of Columbia Road NW about 5:45 p.m. Thursday. The area is a block south of the Columbia Heights Metro station.

The boy and the woman, who is 29 years old, were in an alley on the block when three people came up to them, according to authorities. The three individuals then physically assaulted the woman.

During the attack, one of the assailants used a Taser on her and another one of them pushed the kid.

The woman received injuries to her face, but declined medical attention on the scene. The boy wasn’t injured.