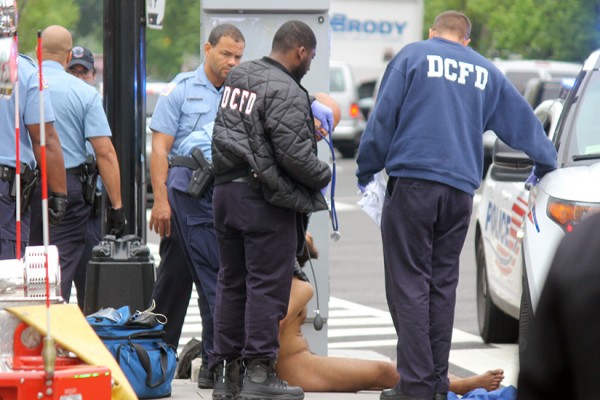 (Updated at 12:17 p.m.) Police have stopped a man who was walking around Dupont Circle without his clothes on this morning.

Cops responding to a report of disorderly conduct arrived at 18th and N streets NW about 11 a.m., according to authorities. Several squad cars carrying about a dozen police officers, two fire trucks and an ambulance ultimately arrived on the scene.

Three people who saw the man earlier today said they were surprised to see the man walking around fully nude. Sight of the man also caused quite a stir with at least one user on Twitter:

ATTENTION THERE IS A NAKED MAN IN DUPONT CIRCLE