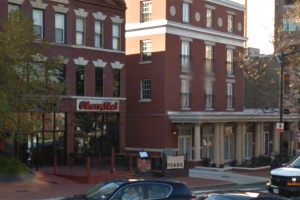 Three masked men wielding an “Uzi-like firearm” and pistols stole about $1,o00 in cash after forcing their way into a West End home during a poker game late Friday night, police said.

The armed robbery happened on the 2500 block of L Street NW about midnight Friday. The area is about two blocks east of Rock Creek.

Seven men were playing poker in an apartment on the block when three masked men came up to the door, according to authorities. One of the poker players opened the door soon after.

The masked men then pushed their way past the poker player, flashing guns.

According to authorities, other robberies reported in the Borderstan coverage area since Friday evening included: