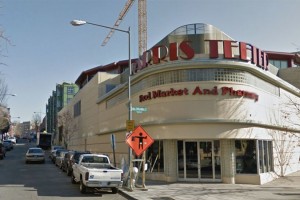 Two thieves wearing ski masks robbed a man and a woman at gunpoint in Adams Morgan over the weekend, according to a police report Borderstan obtained today.

The armed robbery happened on the 2400 block of 17th Street NW about 1 a.m. Sunday. The area is about a block west of Meridian Hill Park.

The victims were walking home when two masked men approached them, according to authorities. One of the men then snatched an iPhone from the male victim, flashed a handgun and ordered him to hand over all his belongings.

In addition to the cellphone, the men took credit cards, keys and a purse from the victims before fleeing.

Two thieves with a gun also stole a car from a man and took some of his other belongings near the U Street corridor last weekend, according to a police report Borderstan obtained today.

The armed carjacking occurred on the 2000 block of 11th Street NW about 6 a.m. Sunday. The area is just north of U Street NW.

The victim was sleeping in his Chevrolet Impala when two individuals got into it through unlocked doors, according to authorities. At some point, the man woke up and one of his new passengers flashed a handgun, ordering the victim to take off his pants.

The man complied, giving his pants to one of the passengers, who took out the victim’s iPhone. The passengers then gave the man his pants back and ordered him to leave the car.

The robbers drove away with the vehicle soon after.

A group of thieves with a gun robbed a man in Columbia Heights last night, too, police said.

The armed robbery happened on the 1400 block of Fairmont Street NW about 11:15 p.m. Monday. The area is about a block northeast of Meridian Hill Park.

The victim was on the block when about a half-dozen men who were 18 to 20 years old surrounded him, according to authorities.

One of the men in the group then flashed a handgun, ordering the victim to give up his belongings. The victim complied, handing over his wallet, iPhone and other items.

The men then fled.