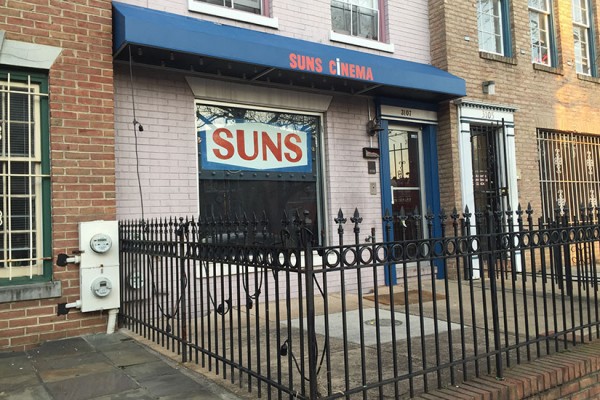 Mount Pleasant is only days away from getting an indie movie theater with a bar.

Suns Cinema is slated to open at 3107 Mount Pleasant St. NW Sunday at 5 p.m., according to an email from co-owners David Cabrera and Ryan Mitchell. A screening of Apollo 11 documentary “Moonwalk One” is scheduled for 6:30 p.m.

With help from a Kickstarter campaign launched last year, Cabrera and Mitchell intend to create a “permanent space in DC, in which the love of cinema is fostered and cultivated through daily screenings,” according to Suns Cinema’s fundraising website.

The duo told WTOP in 2015 that the idea for a movie theater came from the parties they threw at their apartment, where they would screen films like Ingmar Bergman’s “Wild Strawberries” and Alfred Hitchcock’s “Psycho.”

“Just movies that I thought were weird that I wanted other people to see . . . and that most people hadn’t seen,” Cabrera said.