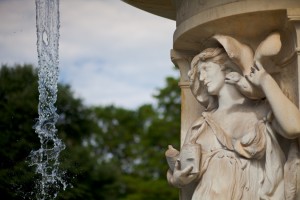 As hot summer weather approaches, many locals wonder: when will the fountains be turned on?

Now we have an answer, at least for two of the more notable fountains in our neck of the woods. Dupont Circle park’s fountain could come to life as early as next week, while Meridian Hill Park’s waterworks may take a little while longer, according to officials with the National Park Service.

“The fountains will come on next week, knock on wood,” Litterst said. “As long as there are no issues with the de-winterization process.”

“It’s a special pump motor built for that park,” Butkus explained. “The motor is at a repair facility at the moment.”