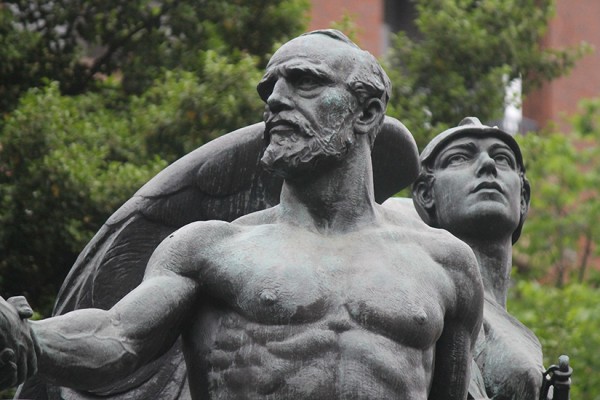 Johnny’s Half Shell Moving to Adams Morgan — The popular Capitol Hill fundraising venue will move into the Cashion’s Eat Place space next month, owner Ann Cashion said. But the lawmakers will likely not come with it. [Politico]

Shaw ANC Votes to Support Parcel 42 Proposal — Shaw’s ANC 6E voted in favor of Parcel 42 Partners’ proposal for the development of the District-owned parcel of land across the street from the Shaw Neighborhood Library. The proposal includes a seven-story mixed-use development with 8,000 square feet of retail and 90 apartment units. [UrbanTurf]

Shaw Memorial to Honor Fallen Firefighter — Firefighters will gather on the 700 block of O St. NW tomorrow at 7:30 a.m. to remember Lt. Kevin McRae, a rescuer who died in the line of duty one year ago. [Twitter /D.C. Firefighters L36]

Cops Shut Down West End Street — Authorities are looking into a report of a suspicious package in West End, shutting down a street in the neighborhood this morning, a police spokeswoman told us earlier this morning. [Borderstan]