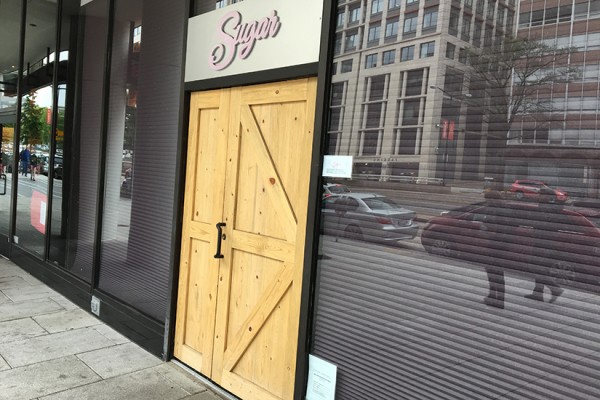 (Updated at 2:49 p.m. Friday) A sweets-themed bar on K Street has been ordered to pay thousands in fines and to surrender or transfer its liquor license by Aug. 1 over charges it illegally served minors several times since late last year, according to D.C.’s Alcoholic Beverage Control Board.

The proprietors behind Sugar (2121 K St. NW) must pay $19,250 and serve a 15-day liquor license suspension as part of an offer in compromise for serving underage patrons multiple times since last December, according to a recent filing with the ABC Board. The bar’s owners must also “close the business and stop operating” it and “place the license in safekeeping with the ABC Board or transfer the license to a new owner” by Aug. 1, regulators said in the order.

According to four ABRA case reports we obtained, investigators observed underage patrons, some “highly intoxicated,” using fake IDs to enter the bar and drink illegally on multiple occasions. The investigators said Sugar “was not taking reasonable steps to ascertain the patrons’ legal drinking age” during many of those instances.

ABRA investigators also alleged a Sugar staffer “refused to cooperate and interfered with the investigation by assisting a minor to exit the establishment before the investigators could question her” in February, and “permitted the consumption of alcoholic beverages on its sidewalk cafe after Board-approved hours” in March.

Saad Jallad, Sugar’s owner, told us today that he plans to forfeit or transfer his bar’s liquor license by July 1, but does not intend to fully close the business.

“The plan is to stay open and use the space for private events,” Jallad explained. “If clients require food and alcoholic beverages they are welcome to hire a third party to do so since we will no longer be able to sell.”

In fact, Jallad said he already turned Sugar into a venue for private events and rentals about two weeks ago. “We plan to keep everything the way that it is,” Jallad said.

But it was unclear how the board’s order might affect the bar’s future. Regulators have ordered that Sugar’s owners “not be involved in any new business operating at this location” and have barred them from from applying for a D.C. alcohol license for five years. Furthermore, the ABC board does have the authority to “make a determination on whether to permit or ban caterers from selling or serving alcohol at a specific location,” said Jessie Cornelius, ABRA’s public information officer.

Jallad said that the business is “being forced to close [to the public] because underage patrons are using fake identifications to enter the establishment and drink alcohol.”

“There is no way to stop underage patrons from getting fake IDs and having them get into establishments,” he said.

Jallad added that because underage drinkers rarely face consequences for using fake IDs, it’s difficult to stop them from doing it.

“There’s no way to stop underage drinking,” Jallad explained. “We took all those precautions and underage drinkers still managed to get into the establishment. Out of all those kids that drank illegally, none of them were reprimanded.”

The board has also ordered Sugar to use “an advanced ID scanner at all times that the establishment is open” until it gives up its license in July.

“There is no technology sophisticated enough to determine if the ID is real or fake unless it’s in a police car or at the airport,” he said.

“ABRA and the board does not care about under age drinking,” Jallad said. “If they did, they would help find a solution to prevent it.  They do nothing except collect money through fining businesses like Sugar as if that is the solution.”