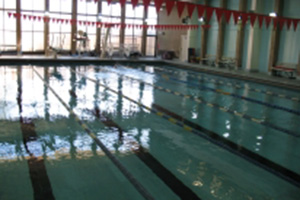 (Updated at 2:49 p.m.) A recreation center and indoor pool in Adams Morgan are set to close for more than a year next week.

Marie Reed Recreation Center and Aquatic Center (2200 Champlain St. NW) is slated to close its doors for renovations next Friday, D.C.’s Department of Parks and Recreation announced. The center will stay closed until August, 2017.

“Marie Reed Aquatic Center is an aging facility that is scheduled to go offline… for a major modernization and then reopen in August 2017,”said Parks and Rec spokeswoman Gwendolyn Crump.

The Happy Hollow Children’s Pool will be closed during the 2016 pool season, DPR officials said in an updated press release. (The original press release said the pool would remain open this year.)

Outdoor pools across the city will open at 11 am, 2 hours earlier than in the past, the city agency announced yesterday. Those pools are slated to open for the summer this Memorial Day weekend.

Photo via D.C. Department of  Parks and Recreation