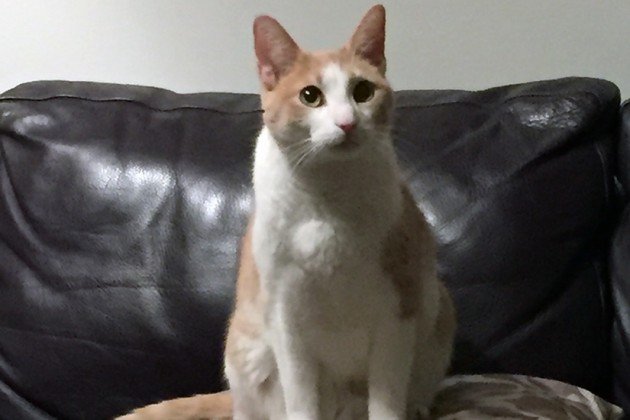 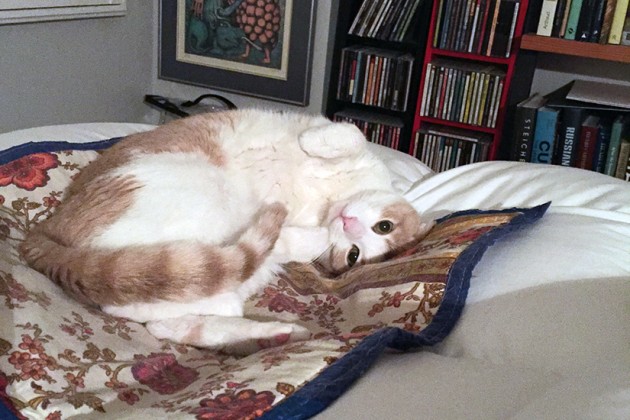 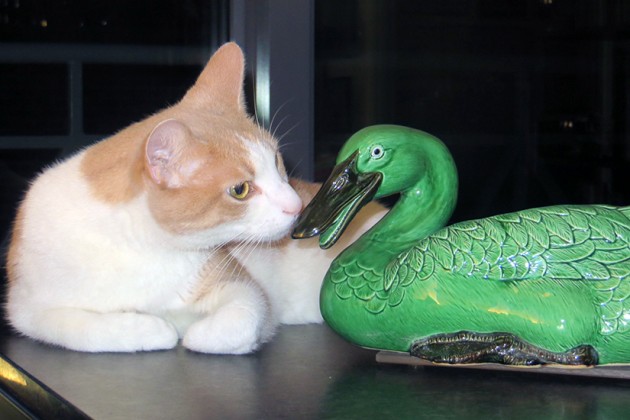 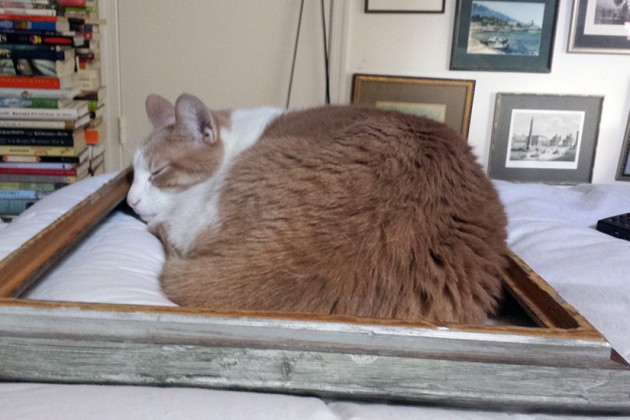 This week’s Pet of the Week is Pasquale, a ginger and white pussycat who lives in Dupont. Here’s his story from his owner, Deborah Saks:

He was born to a feral cat in West Virginia. After the mother cat had weaned the kittens she was spayed and returned to the wild. His exact birthdate is September 10, 2009.

His name is from the 18th century Italian comedy, “A servant to two Masters,” written be Carlo Goldini. Pasquale is the character who you only hear about. He never makes an appearance during the play and he is blamed for everything that goes wrong. When I saw the play at the Kennedy Center I knew my next cat would be called Pasquale.

He was born on a friend’s deck and spent his first six weeks in a wicker basket which she had placed on the deck when she realized the mother cat was pregnant. Pasquale is from a litter of four. He was used to being handled, as my friend has three lively young children who were always picking the kittens up.

Pasquale moved to D.C. a few days before Thanksgiving. I had arranged to have a week off from work to spend time with him in his new surroundings. He came to D.C. in a cardboard box and was full of fleas and had a tick under his chin. After removing the tick, I gave him a warm bath and made sure all the fleas were gone. I dried him with a hair dryer (on low speed) and combed out his fur and after all that excitement he then curled up on the bed and went to sleep.

After seeing the vet and getting a clean bill of health he quickly decided he was going to become a city cat and resides in Dupont Circle. He walks on a leash and also likes the occasional bike ride. He also understands French.

Want your pet to be considered for the Borderstan Pet of the Week? Email us at [email protected] with a 2-3 paragraph bio and at least three horizontal photos of your pet.

Are you looking for dog walking, pet-sitting, basic training, or more advanced training solutions for your furry best friend? Anytime K9 has knowledgeable, well-trained staff willing to go the extra mile for you and your favorite quadruped.

Ready to satisfy all your pup’s needs for a healthy, fulfilled life, Anytime K9 is DC’s fastest growing pet services company! ABC-certified trainers offer private lessons for all temperaments, classes for all ages, and even agility training for the dog with boundless energy! Midday dog walkers cover the city, and with the use of the latest technology, give you real time updates on your dog’s walk status.

Ready to sign up? Get started by emailing [email protected] and visiting anytimecanine.com