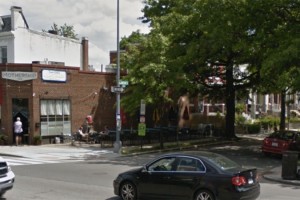 A robber pointed a gun at a woman’s neck in Park View over the weekend after she tried to hide her cellphone and told the thief she didn’t remember her passcode, police said.

The armed robbery happened on the 600 block of Lamont Street NW about 1:45 a.m. Saturday. The area is just east of Georgia Avenue NW.

The woman and a man were walking on the block when three men approached them, according to authorities. The men flashed handguns soon after and ordered the victims to hand over their belongings.

The woman then attempted to put her cellphone in her pocket to hide it. But one of the men told the woman to give it up and provide the passcode, which she said she couldn’t recall.

It wasn’t clear if the woman ultimately gave him the passcode before he and his accomplices fled with the cellphone and other items.

According to authorities, other crime in the Borderstan coverage area since Friday afternoon included: