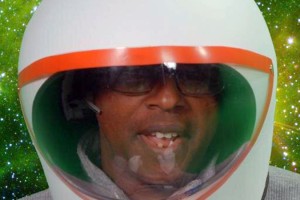 A musician best known for oddball original songs and masterful puppetry will ply his trade in Adams Morgan next week.

“Tim and Eric” notable David Liebe Hart is scheduled to play at Songbyrd Music House (2475 18th St. NW) next Thursday. Liebe Hart, singer of such songs as “Salame” and this love ballad for vegetables, will sing alongside D.C. bands Jack On Fire and Cartoon Weapons at 8:30 p.m.

“Known for his roles on ‘Tim and Eric Awesome Show, Great Job!’ and extensive tours throughout the U.S., Canada and Australia, David Liebe Hart is an outsider musician, actor and painter,” reads a Facebook event listing. “A true original, he has communicated with extra-terrestrials, owns a large collection of puppets, and is obsessed with trains.”

Though fans who attend the show may or may not have the opportunity to actually shake Liebe Hart’s puppet-moving hand, they will most likely be able to yell slogans of admiration within earshot of the artist.