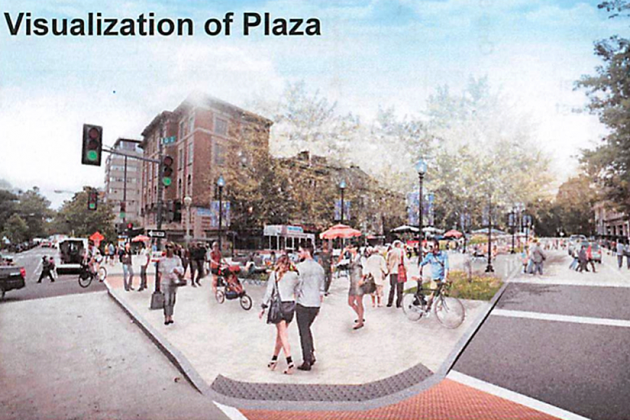 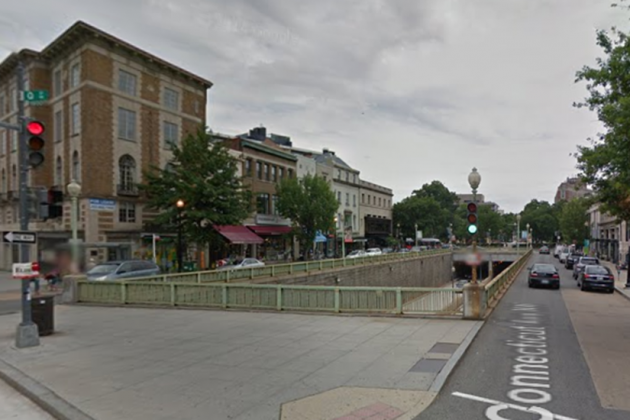 The plan to build a public plaza above a sunken stretch of Connecticut Avenue near Dupont Circle is structurally possible, according to the D.C. Department of Transportation.

As proposed, the plan would put a covering over a portion of Connecticut Ave. NW between Dupont Circle and Q St. NW for use as a 12,000 square foot public plaza that would hold community activities and gatherings.

DDOT embarked on a study roughly one year ago to determine whether such a project would be possible. According to its findings, the plan is “feasible,” at least based on engineering requirements.

“Based on the way this estimate looks it’s not looking like an unrealistic number and that’s a great thing,” Kenney said.

DDOT’s final design would maintain views of the Dupont Circle park fountain, accommodate multi-modal transportation and keep the separation between the plaza and the park to create “two distinct public spaces,” according to a handout distributed at the meeting.

The project would cost $12.5 million, and workers could begin constructing the plaza as soon as two and a half years from now barring any major roadblocks, Kenney said.

DDOT is expected to begin a multi-modal transportation assessment after it releases its final feasibility study report later this month.

h/t ANC 2B chair Nicole Mann for scanning the handout