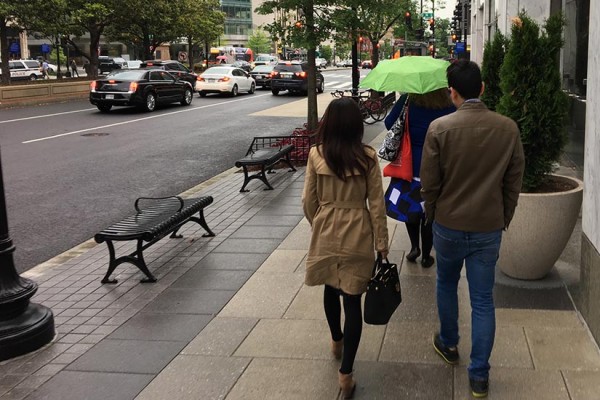 Bowser’s Shelter Plan Faces Overhaul — A supermajority of the D.C. Council has plans to overhaul Mayor Muriel Bowser’s plan to replace D.C. General with seven smaller shelters in wards across the city. Under the proposal, the proposed shelters would move to land the city already owns or plans to own. Though the contentious Ward 1 shelter won’t be moved, the council does plan to purchase the site outright instead of leasing it from a developer as originally planned. [WAMU; Washington Post]

‘No Trump’ Signs in Shaw, Elsewhere — Signs bearing the slogan “No Trump Anytime” are popping up in cities across the U.S. Here in D.C., a sign was  spotted outside the Howard Theater. The guerrilla street art is reportedly the work of an artist called Plastic Jesus. [NBC Washington]

Baby Born on U Street — A woman had her baby in the back of a cab in front of the D.C. Fire station on U Street yesterday. [WJLA]