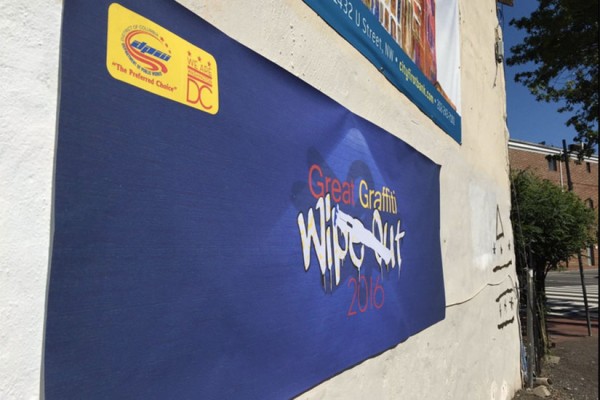 (Updated at 3:04 p.m.) The D.C. government is targeting the neighborhoods around Howard University in a new battle against unsanctioned posters and illegal tagging.

The D.C. Department of Public Works launched its first-ever “Great Graffiti Wipe Out” yesterday in Shaw outside the Howard Theatre.

Yesterday, crews kicked off the DPW campaign by cleaning graffiti at the following locations: