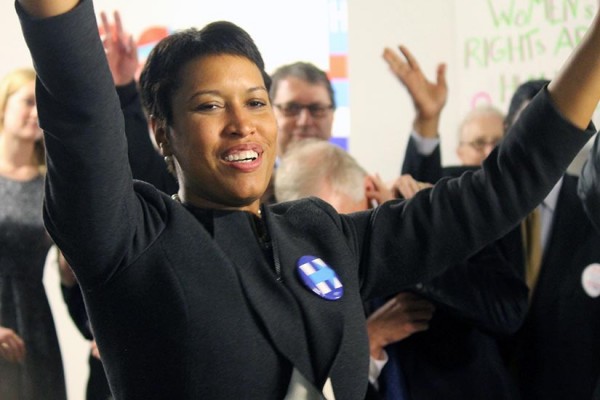 During an appearance at the office on M Street, Bowser voiced strong words in support of the presidential candidate and former U.S. Secretary of State.

“She is fighting for everybody,” Bowser exclaimed to a packed room. “The haves, the have-nots and everybody in-between. And that’s exactly what we’re fighting for in Washington D.C., how to give everybody a fair shot in this town. And we need a president who understands that.”

“When I think about somebody who’s going to represent me in the dangerous places in this world, I don’t want to see Donald,” Bowser said, to cheers from the crowd. “I want to see Hillary Clinton.”

During her remarks, Bowser touted Clinton as a staunch defender of D.C. statehood. The candidate previously said she’d like to see D.C. made the 51st state.

“She could have said… you know that old politics talk, but instead what she did was a full-throated endorsement for statehood in Washington D.C.,” Bowser cheered. “I know she’s qualified, I know she’s the most qualified in the field, and we’re going to get her elected.”

Locals will have a chance to cast a vote for Hillary Clinton in the D.C. Democratic primary on June 14.