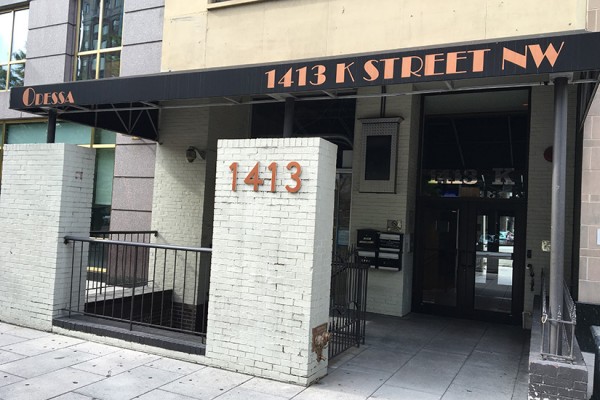 A New Orleans-style cocktail bar and restaurant could open on K Street as soon as “mid-June,” said the bar’s owner.

Vieux Carre is set to sling Cajun food and cocktails in the downstairs space of 1413 K Street NW by the middle of next month said the a representative for the bar, Jermaine Jones. Jones shared details about the bar during an ANC 2F committee meeting last night.

The bar “will serve classic New Orleans everything, from classically appointed oysters, shrimp or sausage po boys [and] hand cut cajun fries with remoulade,” according to a marketing packet Jones handed out during the meeting.

According to a sample drink list, Vieux Carre’s bartenders will concoct New Orleans-style drinks like hurricanes, French 75s and naturally, a vieux carre cocktail made with rye, brandy, sweet vermouth, Benedictine and bitters.

The bar will also include a “sleek, lean adult atmosphere” and feature a white marble bar, a wrought iron mezzanine and a “bartenders lab,” according to the handout.