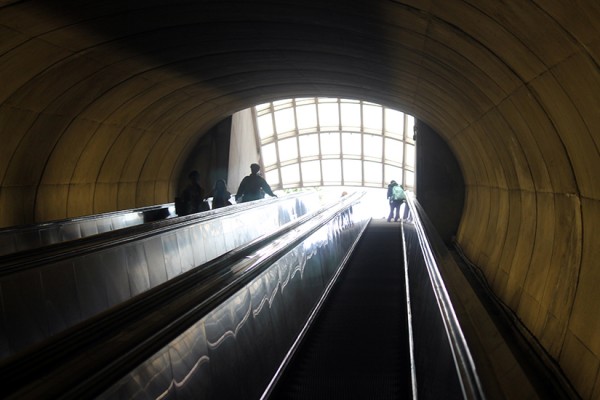 Red Line Has Metro Meltdown — If you took the Red Line to work today — and that’s a big if, considering wait times of up to 30 minutes forced many potential passengers to give up — you’d know it was a mess. Why? Two words: single tracking. Trains shared a track between Grosvenor and Friendship Heights and Van Ness and Dupont Circle due to reported “track problems” earlier today. [Washington Post]

more stories
Previous
Join the Search for a Cure at This Year’s VIDA Fitness ALS Fundraising Event
Next
POLL: Will Metro Really Fix the Dupont Station’s Chillers by July?