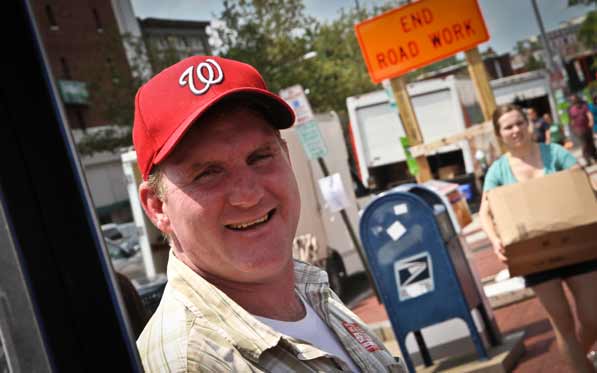 A longstanding member of Logan Circle’s ANC has been chosen to help represent the District during the upcoming Democratic National Convention in Philadelphia.

John Fanning, who serves as chair of ANC 2F, will likely head to the convention in July with a list of other delegates that includes D.C. Councilmembers Jack Evans and Brianne Nadeau, according to the preliminary election results from the May 21 D.C. Democratic Pre-Primary Qualifying Caucus.

“It’s an honor to have been selected by the voters in Wards 1, 2 ,6 and 8… and to represent them at the Democratic National Convention,” Fanning told us via email.

Fanning, along with Evans, Nadeau and other local figures, have pledged as delegates to cast a vote for former Secretary of State Hillary Clinton.

But getting elected wasn’t easy. According to Metro Weekly, Fanning and 59 other delegate hopefuls faced an election where “the methods of selection are so oblique, the process so tangled, it’s no wonder the average voter is clueless.”

And being voted in as a delegate doesn’t necessarily mean he’ll head to the convention, according to the Metro Weekly article:

Once the caucus results are finalized, the delegates are then distributed based on the results of the June 14 primary. It is likely that both Clinton and Sanders will meet the 15 percent threshold for earning delegates, so the delegates will be split proportionally, starting with the top vote-getters from the May 21 caucus — based on both candidate preference and gender, and moving subsequently down the list. Anything beyond a first- or second-place finish on May 21 likely dooms a potential delegate’s chance of getting their ticket to Philadelphia.

Still, the Logan Circle community leader came in second place in his congressional district, more than likely securing him a spot at the convention.

The full election results from Saturday’s vote are below: