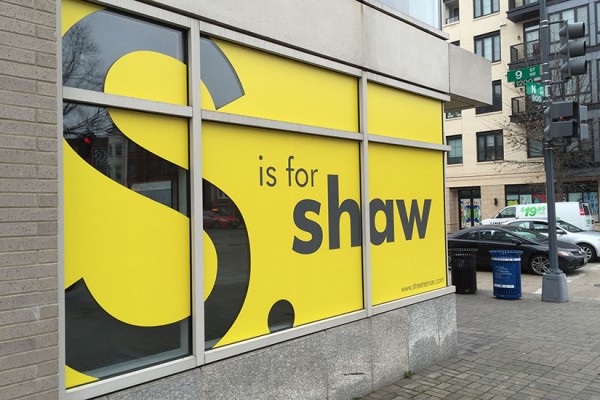 Shaw has earned some national recognition for the efforts of a neighborhood business group to help revitalize the community, while preserving the area’s historic character.

Shaw Main Streets yesterday picked up a 2016 “Great American Main Street Award” for its work to create what it calls a “sustainable, self-sufficient business district” along the 7th and 9th Street commercial corridors. In addition to Shaw Main Streets, similar organizations in Orlando, Fla., and Dahlonega, Ga., received the honor from the National Trust for Historic Preservation’s National Main Street Center at a conference in Milwaukee.

“Shaw’s transformation in the last 13 years has been truly remarkable,” National Main Street Center president and CEO Patrice Frey said in a statement. “To bring the neighborhood back from the devastating 1968 riots and the decades of disinvestment that followed while infusing the district’s historic character with new energy and resources, is a tremendous testament to Shaw Main Street’s effective leadership.”

Alexander M. Padro, the executive director of Shaw Main Streets, said Monday was a “great day” for the neighborhood, highlighting the benefits of the new City Market at O development, the restored Howard Theatre and the revamped Wonder Bread factory work space.

“The award recognizes the dedicated work of hundreds of volunteers and the support of the community and the city as a whole in revitalizing our commercial corridors and some of the nation’s most important African American landmarks,” he said in a statement. “Now we have yet another reason to be proud as we live, work, shop, play and pray in the neighborhood where D.C. comes together.”

Shaw is the third community in the District to get the Great American Main Street Award since the National Main Street Center started bestowing the honor in 1995. The other D.C. winners were H Street in 2013 and Barracks Row in 2005.