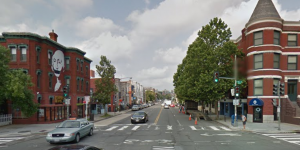 (Updated at noon) Two men were stabbed on U Street early this morning, according to D.C. Police.

One of the victims was transported to the hospital following the assault, police said. Both men were conscious when officers arrived on the scene.

Authorities are currently on the lookout for a person described as a “black male with dreadlocks.”

We’ll update this story when we have more details about the crime.