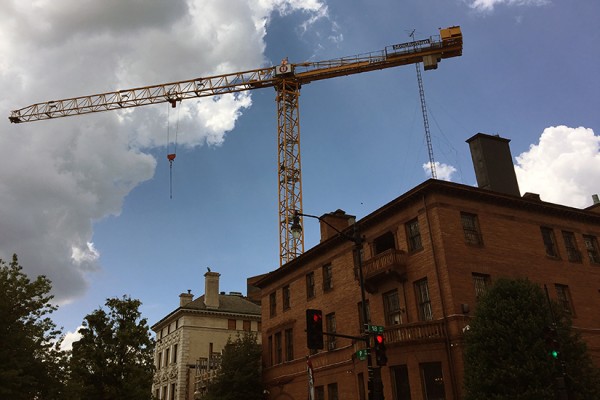 Men Plead Not Guilty in Murder of American U Grad — The three men accused of shooting and killing AU graduate Matthew Shlonsky in Shaw last year have pleaded not guilty in court. Marcus King, Andrew Dudley, and Christopher Proctor are currently being held without bond. [Washington Post]

Developer Hopes to Mimic U Street Strategy in NYC — JBG, the developer that made gobs of money buying low and selling high on U Street and in other D.C. neighborhoods, is trying to do the same thing in New York City. The developer last week announced it sought to acquire NYC-based firm REIT. [Washington Post]

Columbia Heights Condos Come with Pot Cultivator, BMW — A two-unit condominium at 1336 Parkwood Pl. NW will come with weed “cultivators” to grow marijuana and a leased BMW. Because, of course. [Washington Post]

Thief Steals Veteran’s Meds, Documents in Park View on Memorial Day — Someone reportedly swiped a veteran’s backpack full of medication and important documents in Park View last week. Though the vet was able to get his prescription refilled, the paperwork in the backpack was invaluable. [WJLA]