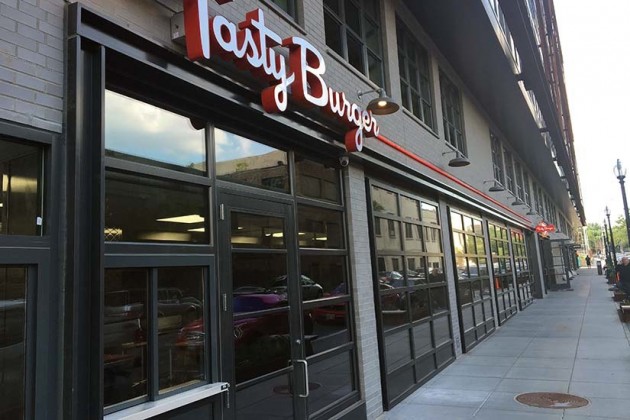 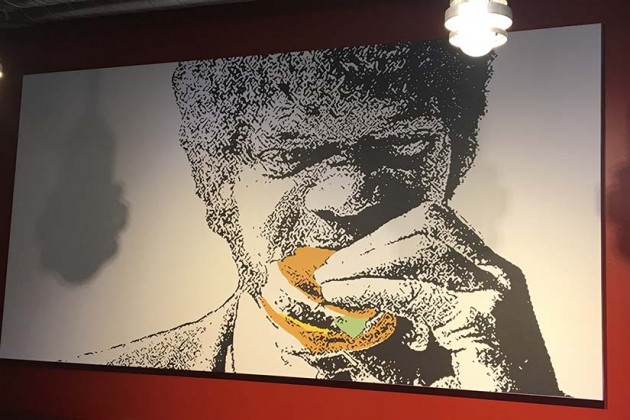 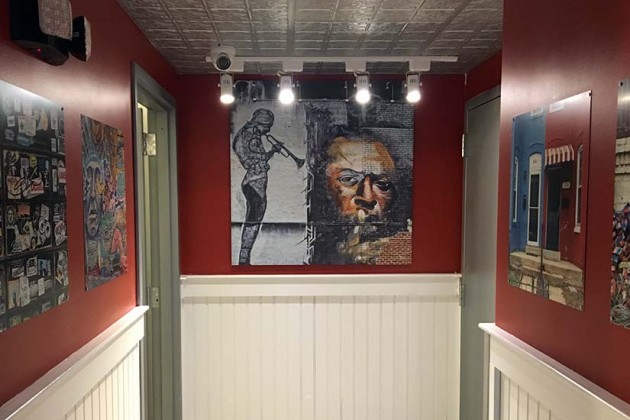 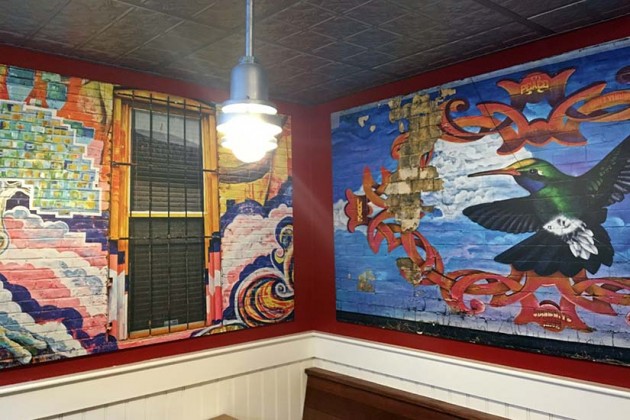 (Updated at 4:06 p.m.) Photographs of local murals and paintings of Metro cars adorn the walls. D.C.-inspired food and drinks fill out the menu. Is this a Boston-based burger chain or a local restaurant? Well, maybe both, said Tasty Burger owner David DuBois.

“This is about our investment in Shaw,” DuBois said while giving us a tour of the forthcoming burger joint. “This was the neighborhood we felt most acclimated to, that we felt like Tasty fit the best in,” DuBois said.

When Tasty Burger arrives at the Atlantic Plumbing development (2108 8th St. NW) some time later this month, it will not only bring with it burgers and fries, but a “comfortable” local feel, both in its food and in its design, DuBois said.

The location’s menu will include mumbo dipping sauce and a gin rickey cocktail, two culinary items rumored to have been invented here in D.C.

And the eatery’s design is a testament to its owner’s attention to detail. Photos and paintings meant to invoke Shaw — things like iconic buildings, murals, Duke Ellington sheet music — adorn the walls.  And little touches like a one-of-a-kind painted steer skull, roomy booths, a foosball table and a custom-made Coke bottle chandelier help put people at ease, DuBois said.

“I don’t want people thinking… this is a Boston place coming to D.C. because that’s not who we are,” he explained. “We’re a neighborhood restaurant group wherever we are. That’s just who we are.”

DuBois — who even rents the apartment above the restaurant — also hopes to make D.C.’s only Tasty Burger totally unique, much like the neighborhood itself.

“We’re here. This is our neighborhood now,” he said. “There’s nothing like this anywhere but here.”