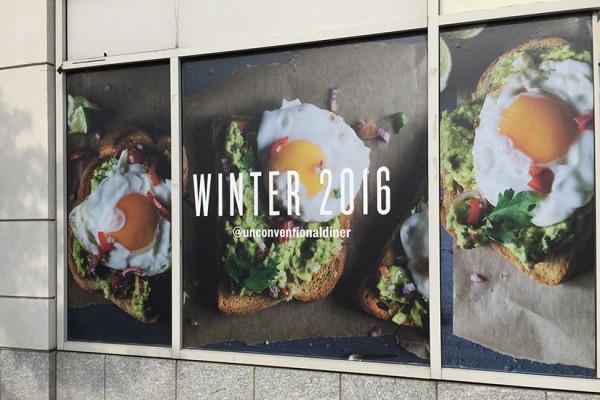 A self-described “modern diner” is slated to arrive in Shaw in the coming months.

Unconventional Diner is scheduled to open at 1211 9th St. NW in “winter 2016,” according to new signage we spotted on the restaurant’s windows over the weekend.

Mintwood Place co-owner John Cidre and Hu’s Shoes and Hu’s Wear owner Eric Eden, who are behind the eatery, have released few details about their new venture. But a news release last year called the restaurant a “high-end diner concept.”

It wasn’t immediately clear when those businesses will begin operations.