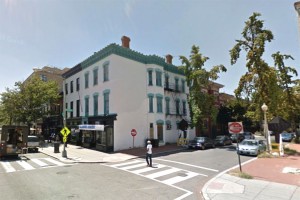 A woman appeared to value her purse more than her life during a robbery in Logan Circle over the weekend.

A man who police believe had a gun threatened to shoot a woman if she didn’t give him her bag on the 1400 block of Corcoran Street NW about 3 a.m. Saturday, according to authorities.

But she wasn’t impressed.

The man then grabbed her bag and fled.

It wasn’t immediately clear what kind of purse she had. But it had a declared value of $100.

Police described the suspect as:

Other crime in the Borderstan coverage area over the weekend included:

Police today also distributed footage of a man wanted in a bicycle theft near the Walter E. Washington Convention Center earlier this year.

The video shows a man putting a bicycle in a black sport utility vehicle after removing it from a pole.