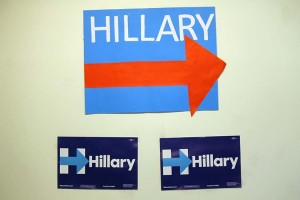 Today’s primaries in New Jersey and California could give supporters of presidential candidate Hillary Clinton a reason to celebrate.

If all goes well, Clinton will further increase her grip on the the Democratic nomination (though the Associated Press reports that she already has it in the bag).

“Everyone will celebrate the hard work supporters, organizers and volunteers have put in across the country to get out the vote for Hillary Clinton and start the one-week countdown to the D.C. primary,” according to a press release.

Mayor Bowser, an ardent Clinton supporter, will “discuss how Hillary Clinton is the right candidate to help break down barriers for families in Washington, DC and build ladders of opportunity,” the release continues.

Those interested in attending the party are asked to RSVP online first.