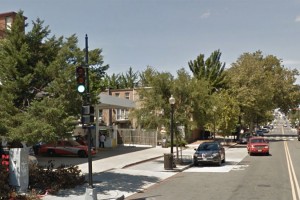 (Updated at 2:55 p.m.) A man stabbed another man in a dispute near a Dupont Circle gas station yesterday afternoon, police said.

The assault happened on the 1800 block of 18th Street NW about 4:15 p.m. Wednesday. The block includes a W Express gas station and other businesses.

The attacker and the victim had an argument that became physical, according to authorities.

“You stupid cab drivers, you are all idiots,” the assailant told the victim, according to police. “You don’t know what you’re doing.”

The attacker then stabbed the victim, injuring two of his fingers.

Firuz Khubonshoev, 33, was arrested in connection with the assault, police said.