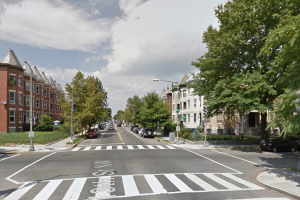 A group of thieves hit a man with a bat and took his iPhone during a robbery in Columbia Heights early yesterday morning, according to police.

According to a police report, a man was walking home from work when he was approached by three people. One of the people hit the man in the face with a wooden bat then stole the man’s cell phone, according to the report.

The thieves fled the scene soon after, police said.

Authorities did not provide information about the suspects.

According to a police report, a man was driving a car near the intersection of 15th and Fuller streets NW when he heard “multiple gunshots.” A bullet hit the car’s rear window and the driver reclined his seat. The car jumped the curb  soon after during the incident, police said.

The driver of the car was not injured during the crime.

Police did not say who might be behind the gunfire.