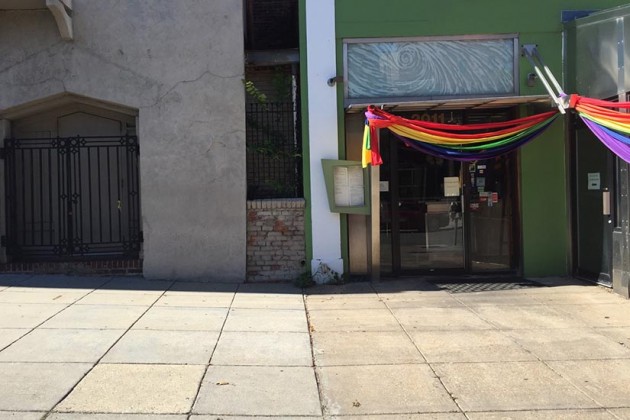 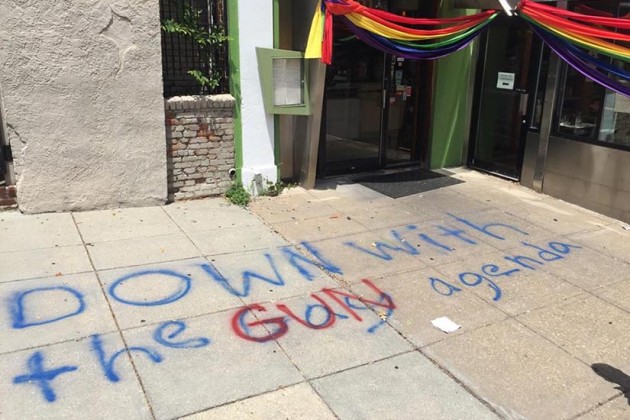 The anti-gay message that was later turned into anti-gun graffiti is no more.

A discolored patch now sits on the spot where an unknown person spray painted the words “down with the gay agenda” in front of Thaiphoon at 2011 S St. NW over the weekend.

The graffiti — which appeared just one day after a man shot and killed 50 people at gay club in Orlando — prompted Dupont resident Dito Sevilla to paint over the hateful message yesterday afternoon. Armed with red spray paint, Sevilla altered the graffiti to read “down with the gun agenda.”

“You’re not going to come at us during Pride,” Sevilla told us yesterday. “Our community cannot keep getting kicked, especially when we’re down.”

Police are still looking for the person who wrote the message.