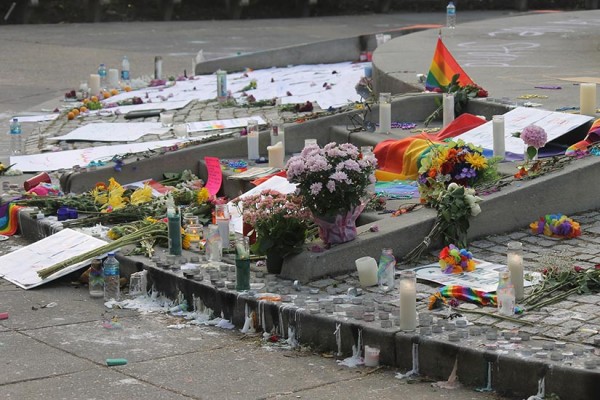 (Correction: The man who drive his car into Barcode was sentenced to 42 months in prison for that crime. This article was corrected at 7:22 p.m.)

Hundreds Gather for Orlando Vigil in Dupont Circle — Hundreds of people gathered last night to mourn the victims last Sunday’s mass shooting at a gay nightclub in Orlando. Locals lit candles and read aloud the names of the 49 victims during the vigil. [NBC Washington; WTOP]

Logan Circle Thai Restaurant Replies to Negative Yelp Reviewer — When a Yelp reviewer criticized Baan Thai (1326 14th St. NW) of hiding “regular Thai items” like pad Thai, a restaurant manager decided to respond. “Well, bless your heart,” wrote the manager. “It looks like you stumbled upon us by accident. We don’t ‘hide’ the ‘regular Thai items.’ We simply don’t sell them at all.” [Yelp]

Man Who Drove into Barcode Patrons Sentenced — The man who drove his car into the outdoor patio at Barcode and injured more than a dozen people was sentenced to 42 months in prison. The man was also sentenced to 36 additional months in prison after pleading guilty to a separate charge related to illegal drug and firearm possession. [Washington Post]

Police Seek P Street Bank Robber — Police are on the lookout for a man who robbed the TD Bank at 1489 P St. NW yesterday morning. Authorities said the man approached the counter and demanded money via a vote. [MPD]

h/t to Laura Hayes for spotting the Yelp review