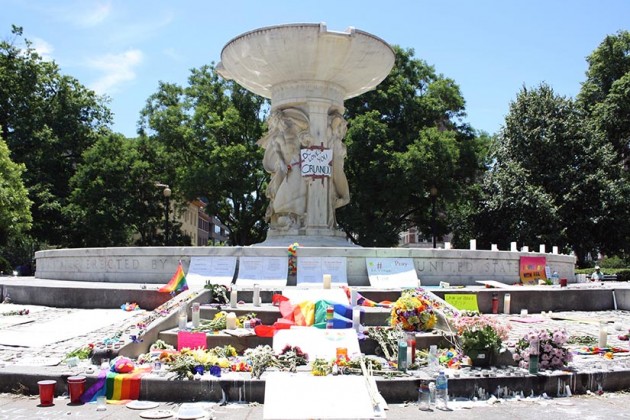 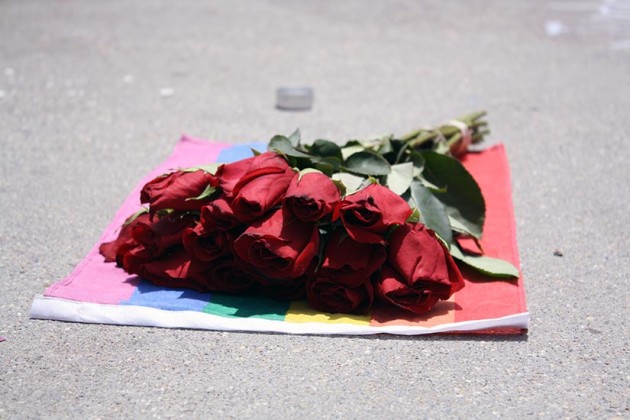 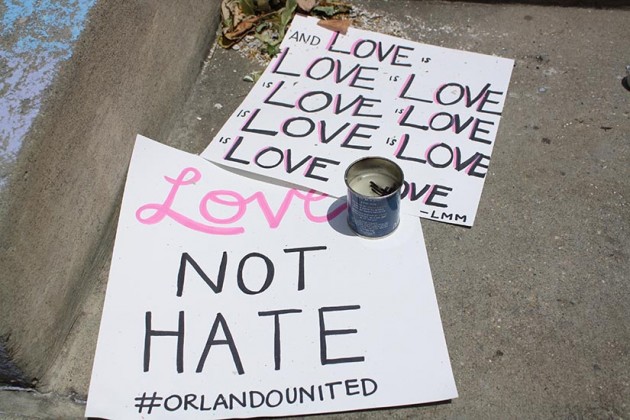 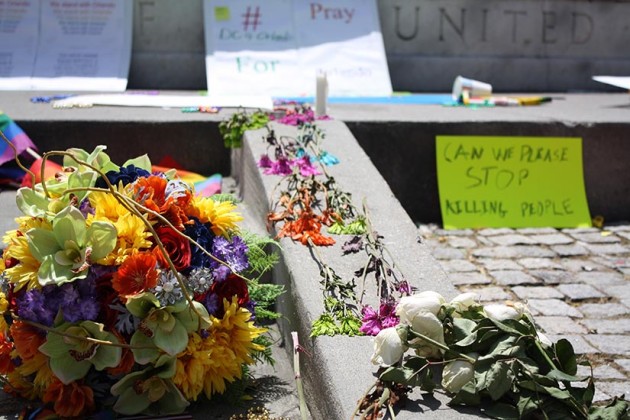 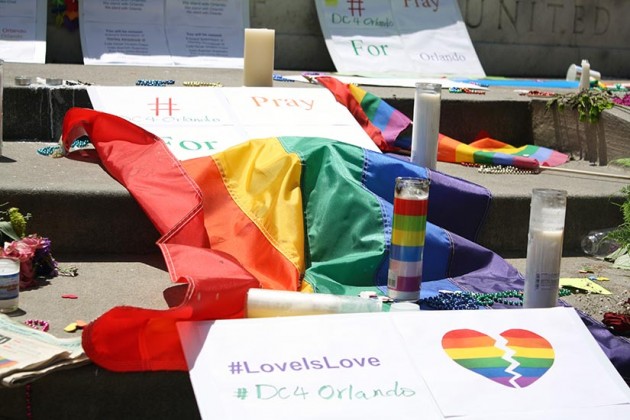 Hundreds of people gathered around Dupont Circle last night to light candles and pay tribute to to the 49 people killed during a mass shooting at a gay nightclub in Orlando early Sunday.

But mourners have continued to visit the fountain nearly a day after the vigil ended. Throughout the day today, people laid signs, flowers and colored beads at the base of the fountain.

By one estimate, the makeshift memorial tripled in size between yesterday and this afternoon. And the people kept coming.

“I think what happened in Orlando has left people angry, horrified and in grief all at the same time,” said a woman named Delbar who did not want her last name used in this story. “It feels like a huge step backward.”

Some took the moment to snap photos. Others paused to quietly take it all in.

“I feel like sitting here you really feel a lot of love,” said Mary Donahue, a District resident admiring the memorial. “It’s like a ghost of what was here, the people who put this together and this community.”

Another vigil is set to be held around Dupont Circle fountain tomorrow night at 8 p.m.