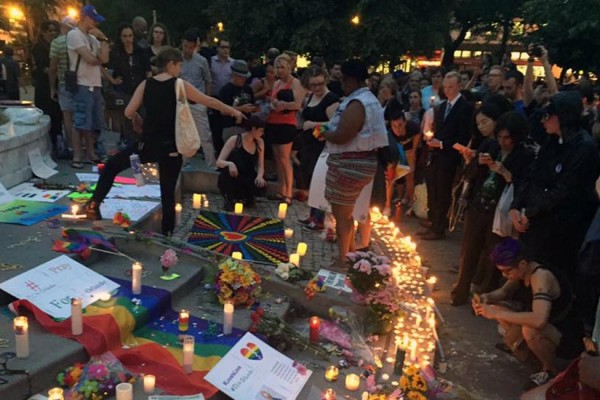 More than 30 faith-based groups will hold a candlelight vigil in Dupont Circle tonight, the third to occur in the park since the tragedy where a man shot and killed 49 people in a gay nightclub in Orlando.

Members from churches and organizations that include  Foundry Methodist Church, National City Christian Church and St. Thomas’ Episcopal Church will lead attendees in a prayer to remember the victims of the shooting. Nearly 1.6K people have RSVPed on Facebook to attend the vigil.

Dupont Circle has in the past three days become a focal point for D.C.’s outpouring of support and love. The fountain is now a makeshift memorial composed of signs, colored beads, photographs and flowers.